I was born in Kampala, Africa but we lived in Mbale.  My parents were advised that the hospital in Mbale was not yet the right place for us.  We left in late 1965, at a time where first grade in America was beginning but also Uganda was not partial to mazungu at that time. Foreigners are commonly called this in East Africa, literally the meaning in Swahili is “people who go round and round”. Luckily, I was able to return in 1989 by myself and then again in 1996. This time, I brought my father with me and we stayed two weeks. 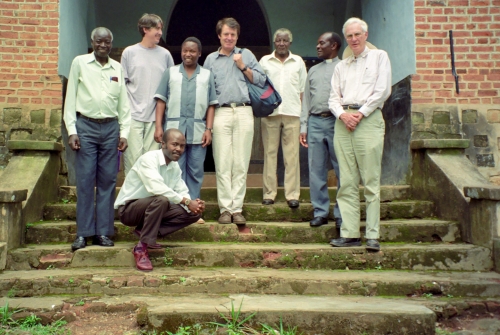 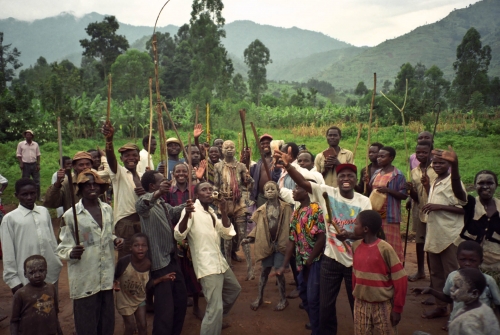 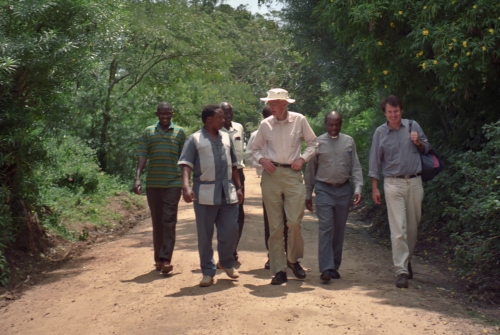 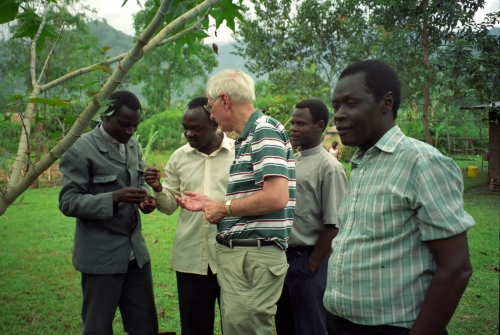 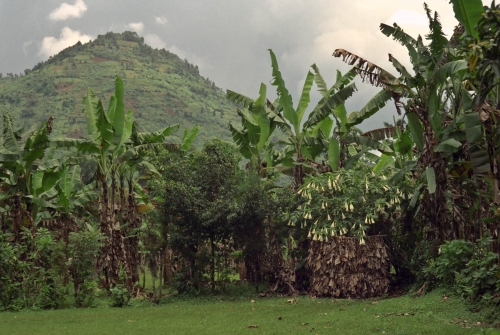 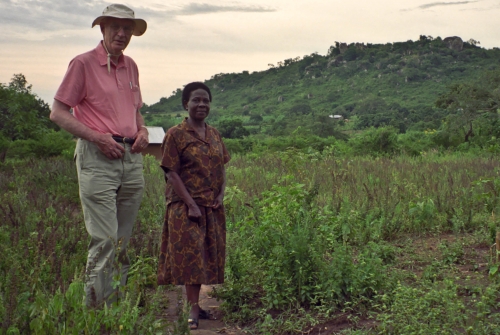 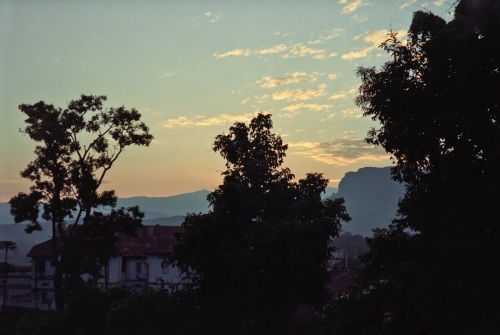 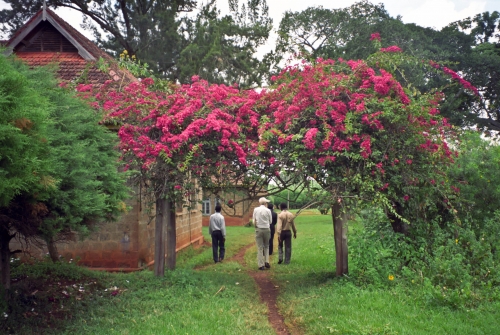 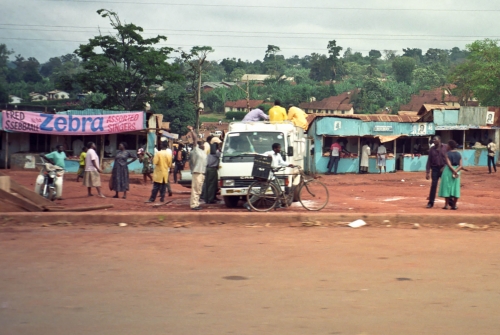 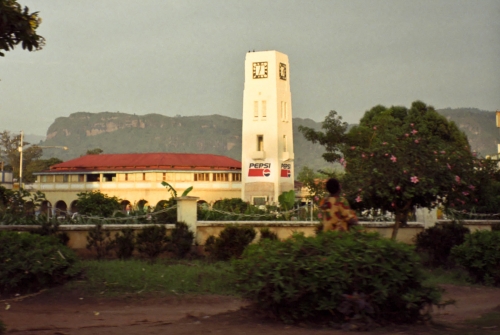 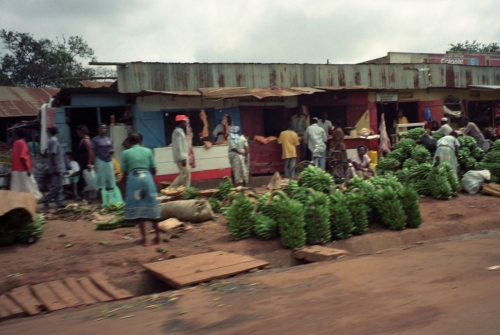 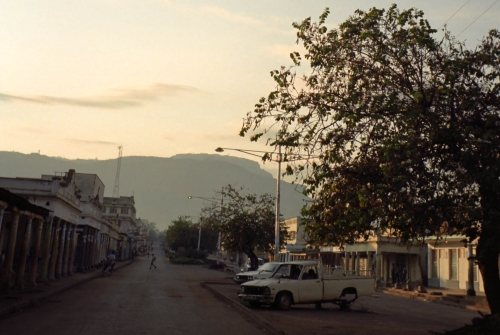 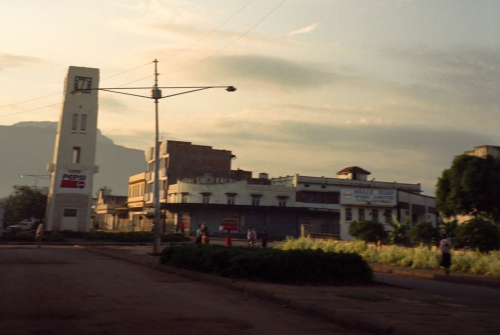 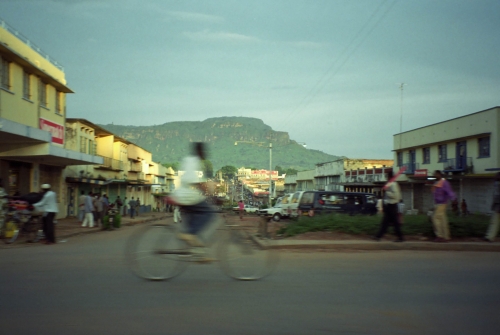 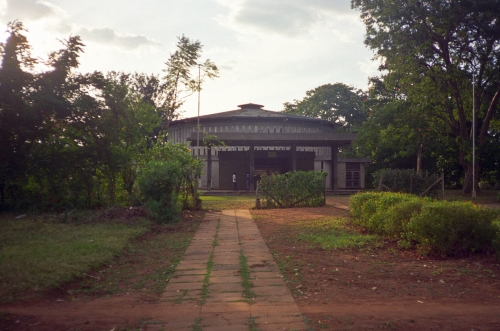 The following notes are from my August 1996 journal and provide a wonderful dialog to the pictures that were taken at the same time.

I sniffed, deeply. The rich, heavy smell of the land affected me as we drove out of the airport. Palm trees, acacia, a variety of bananas, cassava, probably potato plants. It just seems, well, right. The hotel is just around the corner from the airport, which is quite reasonable. Way too fancy for me, but its nice to have a horizontal spot after two nights on the plane. Sitting out on the veranda, the wind blowing off Lake Victoria, rushing about before dusk ends. The waiter pours a classic “Nile Special”, which my father remembers from 30 years ago. The sun sets, the winds die down, and here we are.

As we drove to Mbale, which took us about 4 hours, many things were stirred up, memories, thoughts, comments. There is a semblance of progress. The airport was much nicer than Nairobi’s. More building is occurring in Kampala, but not at the quality of old. On the roads many shambas are built, also small shops, hand-made bricks and local mortar, tin roofs, usually. All over, at least along our route, it is still the same.  Most of the older buildings are still here. Not any upkeep, things just are. My first instinct is “let’s clean this up!” I think people are content to just live, enjoy the peace and the day.

Dinner at the Kutusi House

A very interesting man. It is very weird to sit at a family’s house and sit while women do all the work. This is starting to slowly change, but I don’t think it will in this house.  Of course it is very difficult to offer any help because it would be very impolite and a serious loss of face to the family. Impolite. So you have to ride along with it. The house he lived in is very run down; I guess people are still not comfortable with the concept of housing; they have other more important things on their mind.  A western clean freak would pass out if they came here. Even the British tried, but their efforts barely hold on.

In the afternoon and for lunch, we went to visit Janet. She lives in a newer house that her husband and her were building. He died back in 1991 under very suspicious circumstances. The sad thing is that she would like someone to say with her, but it is very difficult to find someone trustworthy. Many people just want to come and walk away with her material goods. The wars in Uganda have changed people quickly. Ah-h, the love of material things.

Janet’s house is very beautiful. I feel that she has traveled all over the world, so she has come to understand why people live in houses.  She was the first mayor of Mbale in the ’60’s and belongs to the women’s World Council of Churches or some such. She is quite pleasant, like many others here. Because of the rapid changes occurring here, it would be fun to write a Studs Terkel book of these people in Mbale. The stories of their lives become very rich. The future is so full of possibility or tragedy in Africa; it scares me.

Another trip closer to Mt. Elgon or Masaba in Bugisu. A deacon at the Cathedral invited us to go see their home. It is near the town, Bubulou, but close to Budoba. The hills come down right into the valleys and it is very pretty Lots of things growing and they have a very beautiful spot. He has a dozen children (!). So many different things grow here, the soil is fertile. He was blessed by many people from the UK who sent him 1200 pounds to finance his house. A wonderful home!

Today is a big day for the Bugisu, well, the boys between 16 and 18. It is time for circumcision! Yikes! That must hurt. Yep. The boy will become a man! People get rowdy, probably a bit drunk, carouse around, cover him with flour and escort him from this mother’s house off to the operation. Ouch, I say. In Sebei, they also have female circumcision. Not so fun, but at least it’s only local to that district.

Again. Yep, matooke again. The food is getting tiresome here. I forgot that African food is pretty dull. Matooke is mashed banana paste, steamed. Rice. Boiled potatoes. Maybe chapatis, Indian-style flat bread. Peas. Stews made from scrawny (I’m spoiled) chickens, goats, and cows. That’s it. If we’re lucky, fried eggs and toast for breakfast. The good part is the fruit. Lots of bananas, passion fruit, and pineapple. Still, I’m going to try to convince someone to import some pasta! I know I’m spoiled, but I don’t mind the vegetable stuff; it’s just the meat that I’d rather avoid.

Another thing just popped in my head. The big thing around here when you visit a house or office is the signing of the official “visitor’s log”. It is perfectly fine and no big deal, but I guess it is just bit amazing.  We pop into a school and of course, go right to the headmaster’s office and sit inside. The day outside is very beautiful but we sit in a relative dungeon, just to sign a book!

Zowie .. it’s late and boy was Sunday busy. Dad preached at the 9am English service and was translated into Lugandan at the 11. By 1, we wet done with Church. A lunch at the Kutosi’s house. At 7 pm, we had a slide show in the Cathedral, which was packed with people who came to see Uganda thirty years ago. Dinner with the Kutosi’s again, and finally, 11PM to bed.

The biggest change, according to Dad, was that the English service was so packed. Probably close to 1,000 people! Yikes! The Luganda service was much smaller, about 100 people. I guess the Baganda language is dying out here in Bagisu. The locals will talk in Lugisu in town and English with others. This is very different.

It was interesting to be the only other white man there, within all these Africans. I felt very comfortable with that, more so I began sweating due to the heat and the crowded pew I was on. The locals are fairly discrete, not staring, ogling, or some-such. Even the children were tame, not chanting “How are you?” or “MAZUNGU” at the top of their lungs.

Dad had a pretty good sermon, people seemed attentive and quiet. It’s hard to know what goes on in peoples heads. Do they want to sit and be quiet or do they want to jump up and clap? I joke that since the British are so serious, maybe the Africans copied them! Heck, they all need a strategic dose of my good friend Steve to loosen things up!

I was really missing being alone in the bush today. We were at this beautiful place called Nabumali. It’s right on a ridge, overlooking the valley and up to Wanali, the cliff above Mbale. It is so beautiful, but I wanted to stay and watch the sun go down.

Dad was sad once we took off. I asked him how he was feeling and got a little sob and he finally showed a few tears. I held his hand and rubbed his shoulder. Uganda was really the best part of his life , I think, and I got him to talk about it a bit before, but this trip really allowed those memories to come back. Certainly memories must be rattling around up there. He knew he would never come back.

It’s my turn to return. Again.